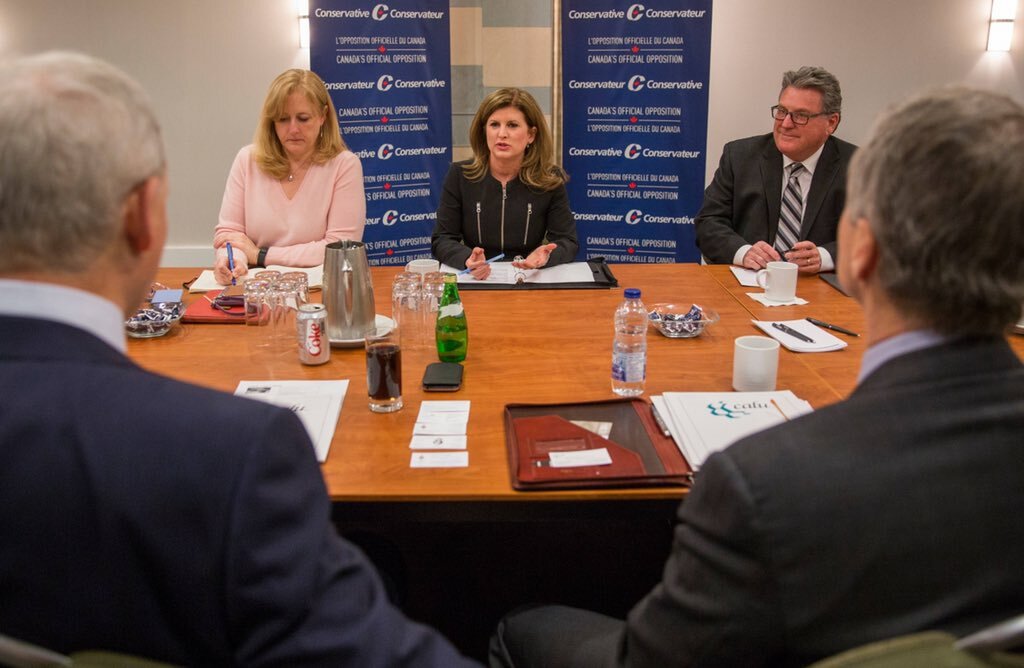 OTTAWA, ONTARIO. Today, Lisa Raitt called on Finance Minister Bill Morneau to deliver on his promise of broad and open consultations in preparation of the federal budget.

“Comments by both the Finance Minister and Wayne Easter paint a clear picture that the Liberals plan on introducing their first budget without formal hearings from the finance committee,” said Finance Critic Lisa Raitt. “The opportunity this committee provides to allow the government to hear from Canadians is an essential part of this process. Skipping this step before tabling a budget is very irresponsible.”

Raitt was responding to reports based on comments made by Bill Morneau who stated he was not sure whether the finance committee will be struck in time to get insight from Canadians. Those comments were echoed Wayne Easter who said the likelihood of pre-budget hearings were doubtful.

“The attitude of arrogance being demonstrated by the Liberals serves in direct contrast to a style of open, honest and transparent government they promised Canadians just a few short months ago,” continued Raitt. “It raises questions about how genuine any of these so-called consultations are in the first place.”

Raitt spoke of the importance of consultation when she spoke with Morneau last week by phone. She also took the opportunity to caution against reckless spending and remind the Minister of the Liberal Party commitment to a $10 billion cap.

“During our time in government, we cut taxes more than one hundred times, and created more than one million net new jobs and I don’t believe there are any Canadians who want to see those accomplishments undone,” said Raitt. “Of course we all want to see investments; however these need to be targeted and thoughtful in order to deliver the desired results.”

Raitt cited the late Jim Flaherty’s comments when he famously said that any successful Finance Minister has to be prepared at some level to put ideology aside in the pursuit of preserving jobs and the economy. It was this approach that gained Canada a reputation as leader, globally economically sound.

“If the country is facing a prolonged period of low growth and low oil prices, we need a plant to create jobs in the short term and ensure long term prosperity,” concluded Raitt. “If the Liberals are not serious about consulting with real Canadians, we will.”

Next week, Raitt will join Conservative Leader Rona Ambrose across Canada as they continue consultations with business leaders, industry and real Canadians on how we can create a balanced plan to keep taxes low, create jobs and protect our economy.
-30-